Expect Vietnamese pangasius to sell to the US increased strongly again

The Directorate of Fisheries aims to export pangasius in 2019 to reach $ 2.4 billion, up from an estimate of $ 2.2 billion this year. To achieve this result, the area of ​​catfish farming in the next year is expected to increase to 5.5 million hectares with an estimated production of nearly 1.47 million tons.

According to the General Department, in 2019, the fishery industry in general and pangasius in particular will meet both advantages and difficulties. The world economy is on the rise again, the possibility of consumer demand is higher, including aquatic products. The effective CPTTP and EVFTA agreements will be the motivation for Vietnam’s trade to have many advantages, as well as challenges.

The Central-American trade war is unpredictable, can create opportunities but also has the ability to create uncertainties. In addition, climate change will have complicated developments, water supply for the Mekong Delta is strongly affected by the construction of many dams upstream. 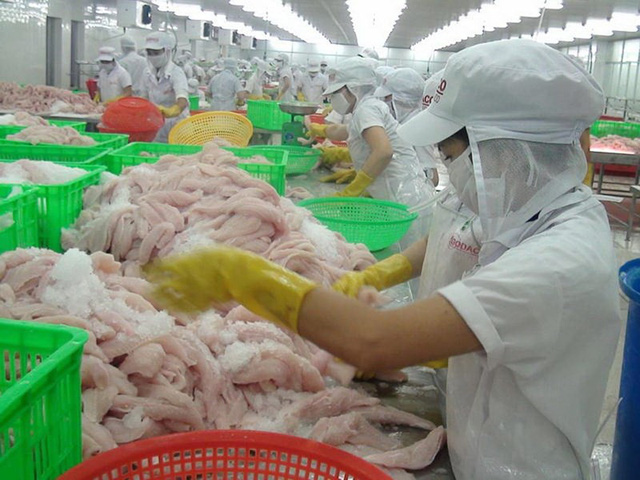 In 2018, Vietnam’s pangasius export increased by 26% compared to 2017 with a value of USD 2.26 billion. In the past year, the bright spot for Vietnamese pangasius is that the US Food Safety Inspection Agency (under the US Department of Agriculture) recognizes the system of checking Siluriformes fish in Vietnam is equivalent to the country’s system.

In addition, the US Department of Commerce imposed a preliminary anti-dumping tax in the 14th administrative review which is much lower than the results of the 13th review also create conditions for enterprises to increase sales into US market.

Many businesses also expect the meeting with the Korean-American summit with the return of Vietnam to US President Donald Trump, many export products including pangasius will have more advantages in the coming time.